Pension funding is based on pension contributions and investment income 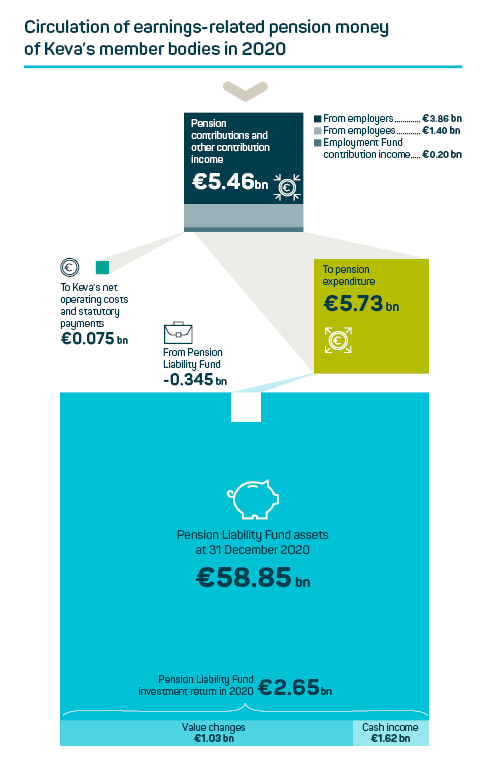 According to funding calculations, the fund’s assets and income will be drawn on annually in an amount equal to ca. €1.3 billion in today’s money, i.e. roughly €13 billion over ten years. Pension expenditure financing from the fund will accelerate in the 2030s when the fund is projected to account for over one quarter of total pension expenditure. Safeguarding the pension system and its liquidity requires investment operations to prepare not only for fluctuations in the investment markets but also for the materialisation of risks pertaining to e.g. the funding base.