When public sector employees have served out their careers, it is our job to see that they have a well-earned pension waiting for them.

Keva is Finland’s largest pension provider and it administers the pensions of local government, State, Evangelical Lutheran Church, Kela, Bank of Finland and new wellbeing services counties employees. Keva aims to improve well-being at work, enhance work ability of the employees, increase productivity and decrease costs from incapacity to work by providing services to employers in the public sector.

We are responsible for funding the pensions of local government employees and for investing their pension funds. Pensions are funded with pension contributions collected from employers and employees alike.

Keva is an independent body governed by public law and its operations are based on the Public Sector Pensions Act and the Keva Act. Keva is supervised by the Ministry of Finance, the Financial Supervisory Authority and the National Audit Office of Finland.

Known earlier as the Local Government Pensions Institution, we have operated under the name of Keva since 1 January 2011.

Keva's way of working and this Code of Conduct are based on Keva's values.

Keva's socially important duty was adopted as the point of departure in writing of this Code of Conduct. Keva's role in society is to ensure wellbeing by safeguarding the livelihood of public-sector employees during their retirement.

Keva undertakes to comply in all its operations with the Code of Conduct adopted by the Board of Directors. Compliance applies to all Keva employees (personnel and elected officials) irrespective of job or position in the organisation. 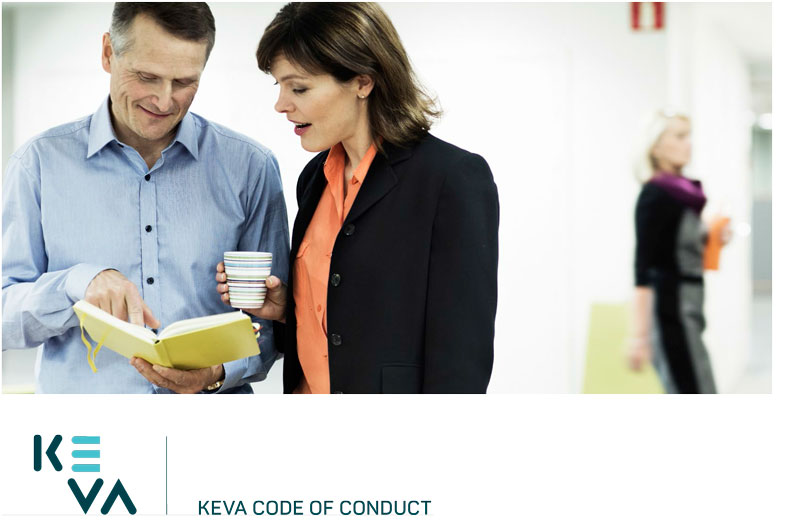